Her Heart in His Pocket

A friends-to-lovers romance, a much anticipated Frost ball, and an investigation into a murder mystery all converge in a medieval English castle in this Victorian Christmas novella.

Elizabeth, a former pickpocket, seeks anonymity and security while she poses as a lady’s maid at a holiday gathering. However, when the boy she dreamed about as a little girl, interrupts the servant’s breakfast with snowballs flying, the flame Elizabeth had thought extinguished long ago, suddenly flares to life. Ben's presence is both a mystery and a threat to exposing her past, especially when the man she believes murdered her brother months earlier, appears as a guest for the ball.

Ben, former London street urchin, receives a mysterious invitation to a swanky Christmas ball in a remote English castle. Upon arrival, he discovers his long lost love and clues to his missing parentage. The revelation of his parents carries financial rewards, but also physical danger to himself and Elizabeth. Will threats from the past ruin Ben and Elizabeth's holiday reunion and spoil their second chance at love? 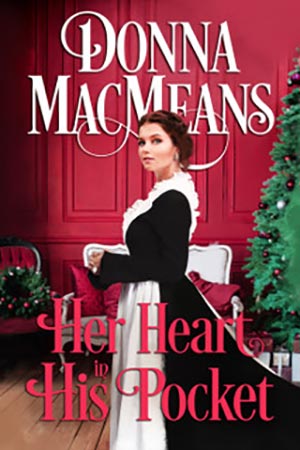