Excerpt from Charming the Professor

“WHAT VALUE ARE potions and enchantments if you can’t rid me of one meddlesome charm teacher?”  Queen Isabella’s glare burned hotter than the thick sulfurous mixtures bubbling on the alchemist’s hearth deep in the secret confines of the palace.

Padre Rodriquez hid his frown, knowing Isabella’s subjects had their throats slit for less.  He had obligations, secret obligations, that necessitated his throat remain intact.

“My queen,” he said. “You have the authority to remove Señorita Charlebois from your court.  You have no need of my paltry abilities.”

Even in the dim light of his secret chamber, Rodriquez could see the advancing affliction on the young queen’s peeling, scaly arms.  Seven years of a disappointing marriage had given her an unwelcome air and a permanent frown. Try as she might, he knew Queen Isabella II would never be an attractive woman.  Perhaps that was the reason she so often sought solace in his underground chamber where no one else dared venture.

“It’s difficult,” the queen said, opening a heavily jeweled fan.  “Given her father’s position in the French Empire, releasing Señorita Charlebois from court responsibilities might be construed as an insult to Napoleon III.  I suspect they rid themselves of a problem by sending her to me.  Still, I can’t afford to strain relations with such a powerful neighbor.”

Rodriquez doubted that statement.  The ever-pleasant Señorita Charlebois appeared highly competent.  She’d be a welcome addition to any court, yet every breath the charming señorita took seemed as a thorn in the queen’s side.

“Why do you dislike the girl so much?”  He carefully moved his latest concoction away from the fire to make the thick air more palatable.  “Do you object that she is French, or do you find she is lacking in some knowledge of foreign etiquette?”

“She lacks compassion.”  Isabella spat the words as if they fouled her mouth.  The caged animals set up a loud ruckus at the implied threat in her tone.  She glanced at the birds hopping frantically in their confinement, then closed her eyes, seeming to compose herself.

“I am the Queen of Spain,” she stated.  “The señorita knows I must produce heirs to secure the throne but my husband has, shall we say, other preferences. He has forced me to seek alternatives to secure the royal line.”

Even Padre Rodriquez, a representative of the one true church, had heard whispers of her husband’s fondness for young men.  Thus Rodriquez turned a blind eye to Isabella’s flirtations and passions for dance with young men at court. Rumors suggested the captain of the palace guard and not the king-consort, had truly sired the baby princess Maria Isabel.

Señorita Charlebois was not the only one who disapproved of the young queen’s promiscuity and debauchery, yet she seemed to be the only one receiving the queen’s displeasure.

“You have a new cleric,” Isabella said, interrupting his thoughts.

“Tomas Barreda,” he replied, grateful for the change in topic.  “He comes to us from Barcelona.  A very devout young man.”

“He did not seem so devout to me,” the queen said, snapping her fan shut.  “He spent all of last evening speaking with that French tart.”

Ahh…the girl’s beauty and popularity had generated the queen’s jealousy, not any dereliction of responsibilities.  The señorita was everything the queen wished to be and therefore was despised.  He feared no logic or counseling on his part would sway her opinion.

“Señorita Charlebois has the ability to make a stranger feel comfortable,” he said, walking a fine line.  Sweat streamed down his face.  The queen might attribute it to the heat of his sanctuary, but he knew better.  “I believe they had some commonality, a mutual acquaintance perhaps.”

Isabella’s black eyes glared at him with barely suppressed rage.  “She stole his attention from me.  This is not the first time her simpering smiles have thwarted my opportunities.  There was Gustavo and that jaunty soldier, Lucas.  I should have danced last night, not Charlebois.”

As a man who valued his existence, Rodriquez kept silent.

“I have tried to discourage her close association,” Isabella complained.  “Yet the silly girl refuses to abandon her duties.  I fear stronger measures are required.”

“Surely you can use your influence to persuade a man to marry Señorita Charlebois and remove her from the royal retinue,” Rodriquez counseled.   “There must be many men willing to court her.  She’s so…so…”

“What?” The queen halted her pacing at his hesitation and glared at the captive alchemist.  “She’s so what?”

“Charming,” he said, quickly substituting for “beautiful,” the word on his tongue.  “I was about to say she is so … charming.”

He held his breath, waiting for the tense moment to pass.

The queen frowned, then stepped so close he could smell the Madeira tainting her breath.  “I have heard whispers, Padre.  It is said that you can make living things vanish.”

His whole body tensed.  “I am a scientist, my queen, not a magician.  My mission is to transmute baser metals to release those properties that might—”

“I know about your mission, Padre, and I know that you have stumbled upon a use for your philosopher’s stone that was not intended.”  A wicked smile tilted her lips.

He struggled to calm his breathing.  How could she know?  His order demanded secrecy.  “Who has told you such things?” he asked cautiously.

“My sources are not important.”  Light danced in the ruby at her throat, giving the illusion of tiny flames licking her neck.  “Fulfilling my need, however, is essential to the continuation of your research and existence.  It is not the church that has kept you well fed, comfortably housed, and able to pursue your avocation.”

He hesitated, knowing these were not idle threats.  The queen’s malicious spirit had already separated many of his peers from their earthly confines.  His next words could easily seal his fate.  “I may have had some limited success with mice and rabbits,” he admitted cautiously.

Her eyes widened with an evil spark.  Instantly, he realized he had confirmed her unsupported suspicions.  Now he was trapped, much like the rodents he kept for his experiments.

“Where do you send them, Padre?”

“I don’t know.  They simply disappear,” he confessed.  “My experiments are in the early stages.  I’ve yet to discover how to reverse the process.”  Perhaps if she understood how little he knew, she’d grant him time to perfect his art.

“Excellent.”   Her voice hissed.  She turned her back and set her fan in rapid motion.  The scent of over-ripe roses assaulted him.  He captured his cough in his fist.

“Have you ever tried your process on a person?”  She tapped her finger on the thin metal housing of caged pigeons.

Dread danced down his spine in an icy shiver.  His stomach roiled in protest.  “Your Majesty, surely you aren’t suggesting –”

She charged his worktable, her eyes narrowed to daggers.  “I wish for you to permanently remove Señorita Charlebois from my life.  I want no more interference on her part.”

“You wish me to arrange for her murder?”  He prayed that was her intent.  Although repulsive, especially when the victim was to be a sweet innocent as was Señorita Charlebois, a murder in Madrid could be easily arranged.  Thus, his recently discovered power of transmutation would remain secret.

“No.  I have enough difficulties with insurgents, I don’t want them to seek aid from France if there’s a suspicion of foul play.”  Her lips tightened.  “I want her to disappear. Vanish.  Make it seem as if she’s run away from her duties on her own accord.”  She stepped closer, making it impossible to avert her cold, black eyes.  “But make certain that she never returns.  Can you do this?”

For a moment, Rodriquez’s mouth gaped like that of a fish.  What was she asking?  Even in this bastion of heat, his blood chilled.  “What you suggest would be a blemish on one’s soul for eternity.  Your majesty, I beg that you reconsider.  Perhaps if I spoke to her –“

“Can your speech cause her skin to peel like this?”  She held her lace mantilla away from her neck.  “Can your words dull her eyes and hunch her straight body?  No.  I want her out of my sight.”

“Please your majesty,” he pleaded.  “We are dealing with a human life.”

“If you deny me, we will most certainly deal with a human life,” she threatened.  Evil portent surrounded him, suffocating in its closeness.

She stepped back, a thin smile played upon her lips.  “I understand you visit a young woman on the outskirts of the city.  A woman who cares for an infant.”  She paused a moment. “Your son.”

Blood drained from his face leaving tingling in its wake.  How could she know of Cristobal?  They had been so very careful.  Even the bishop had no idea.  The queen’s spies must be everywhere!

“You are extremely valuable to me, Padre,” she continued with a sneer.  “Too valuable to lose.  But a small babe . . . ” She shook her head.  “While it distresses me to think that you will be the end of your line, if a life must be sacrificed better it be one that has barely started.”

Sacrifice!  Gooseflesh rose beneath his cassock.  He had no wish to be the instrument of Señorita Charlebois’s demise, but he could not sacrifice his infant son.  His glance fell upon a nest of captive mice shivering in a wooden box.  He felt a kinship.

“I will require heat,” he said, defeated.  “Immense heat to tap the vast quantity of required energy, and iron.  I must have sufficient iron.  Can you arrange such things?”

“Would a foundry suffice?”  Queen Isabella smiled, victory in her grasp.  “I am scheduled to tour such a facility later this week.”

Rodriguez nodded, numb to the queen’s glee.  He turned his back so she wouldn’t see him raise his hand to touch his forehead, chest and shoulders.

“I believe I shall have Señorita Madeline Allegra Charlebois herself confirm the details,” she said with malicious laughter.

A shiver rippled down the Padre’s spine. He bowed his head but couldn’t recall a prayer for such a despicable act.  Instead, he offered what would most likely be an ignored prayer for forgiveness.

May God have mercy on my soul. 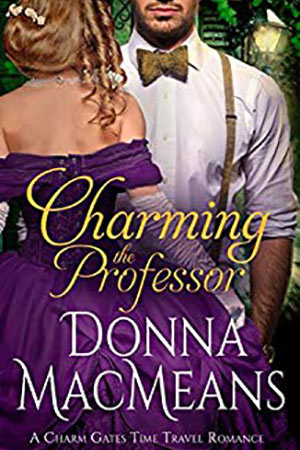