As a descendant of the Nevidemi, she can’t help it, she just fades to nothing. A recent Hollywood “ghost” sighting spooks her into joining a public relations crew bound for Haven Harbor, Massachusetts, a town populated by witches. Rather than escaping her problems, she’s landed in a cauldron of new difficulties, triggered by a full moon and a chance encounter with her old high school boyfriend who is now a (gasp!) journalist. She needs a safe harbor but can she trust the sanctuary she finds in his arms?

Brandon Parker needs a big story to break him out of the doghouse with his news editor, who sent him to Haven Harbor to cover Halloween preparations.

The discovery of a woman who fades away in moonlight could be his ticket out of this small town hell, but reawakened attraction for his never-forgotten girlfriend along with appreciation of her unique abilities has him tied up in knots.

Will Chelsea Davenport become front-page news, or are the witches of Haven Harbor just stirring the pot? 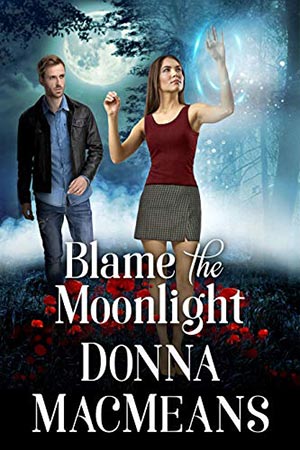